I am no stranger to the discouragement, frustration and crushing blow to your self-esteem it is to watch your efforts go unnoticed time and time again. I’ve wanted to quit  Brazilian Jiu-Jitsu more times than I can count. I cried rivers of tears. My heart would race with anticipation during promotions and sink a little more each time I realized my name was not gonna get called. But had I given up I never would have known how close I was.

Up until last July, I spent the previous six years with the same raggedy purple belt tied around my waist. It has gotten to the point of embarrassment when people would point out I had been a purple belt for over half a decade. Not to mention over half of my BJJ journey spent with the same belt. There were lots of valleys and lots of mountains during those six years. What I ended up learning during that period was invaluable and I didn’t need a belt to validate that growth.

Recently we got a message asking as a white belt how do you keep going on when you see people getting promoted that you can beat. This prompted my idea to write this blog and share my take on it all and hopefully this helps those in the same situation; cause I know I’m not alone. 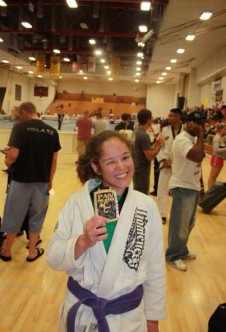 My Brazilian Jiu-Jitsu  journey began 12 years ago. I had no dreams or ambitions other than to get in shape. I had no intentions of becoming a world champion competitor, but once I got a taste of it all I wanted was to be the best I could possibly be. I put my whole heart into it and dove in head first. I structured my entire life around my training regimen. I trained two to three times a day, did conditioning and strength training. I sacrificed my personal life be the best competitor I could be. My efforts were finally starting to pay off as I won the 2009 pan American championships and placed second in the world. I continually placed and every mayor tournament I entered until 2011. Then I injured my knee and that put an end to that dream. I spent the next few years sidelined unable to train at all.

Not being able to train at all is like having your identity stolen. You don’t know what to do with yourself. Giving up your dreams is an even harder pill to swallow. Knowing I probably will never feel the rush of competition again still makes my heart hurt. Despite my best efforts I will never be legendary competitor. The chances that I ever had to reach that potential have past.

There has definitely been points where I thought I was not getting promoted because I sucked. That I should just quit and stop trying to achieve the unattainable. I was never gonna improve. I was unteachable. I waged many a wars with the self doubt demons, but I never let them win.

When I finally was awarded my brown belt I was of mixed emotions. First shock. “No,that can’t be my name they are calling.” I’d long ago given up on the hope I’d ever hear my name called. My shock was followed by denial. I didn’t want to give up my purple belt. No matter how many times I wanted to throw it in the trash and quit she was my friend. We’ve been through it all. Finally was acceptance. I experienced sheer happiness and bliss. At last, my day had come. I had earned it. And so a new chapter began.

The bottom line is that everything happened just the way it was supposed to. No two people journeys are exactly the same. My generation has long ago been awarded their black belts as well is a generation behind ours and the generation behind that. Not to say that I don’t sometimes feel like I got left behind, but my journey is just different. 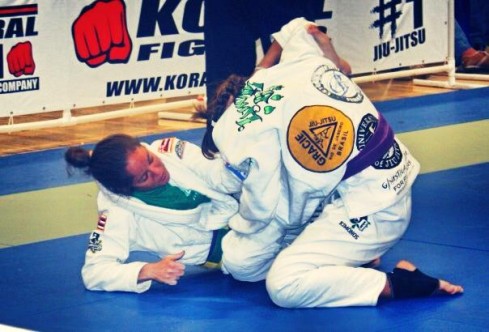 During my journey I got to compete with some of today’s top level multiple time world champion black belts as they rose through the ranks. I’ve learned lessons that have changed me. I found myself, I learned to never give up on myself and I learned what I am capable of. I found my passion, purpose and started my legacy with Girls in Gis. I’ve met so many inspiring people that have touched my heart. I wouldn’t  give up my experience for the world.

The best advice I can give anyone is that this is not about collecting belts or metals. There is no finish line or prize if you get there first.  It’s all about the journey and what you get from BJJ. Just like in every aspect of life we cannot compare ourselves to others. You are uniquely amazing and no one is like you. There will be lots of hard times, but there will also be times when you’re on top of the world. The most important thing you must remember is to just keep on rolling. Don’t give up cause one day you will see a black belt around your waist and you will know that you have earned it. But the experience of how you got there will be worth more than anything. 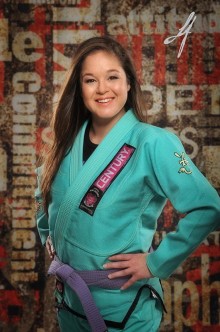