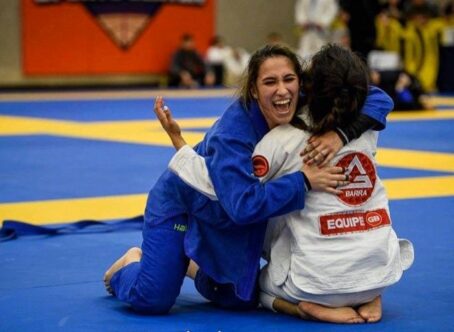 With so many competitions canceled and postponed this year, there is much excitement for the 2020 IBJJF Pan American Championships beginning next week. It was no surprise registration reached capacity quickly, and while there are many amazing athletes competing this year, there are a number of stand-out stars on this year’s competitor list. Here are a few to watch out for: 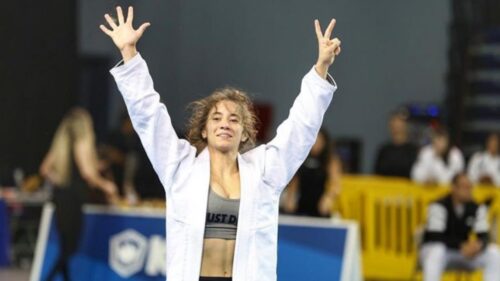 Since earning her black belt in 2018, Mayssa Bastos has won nearly every tournament she’s competed in, earning more than 14 gold medals, 7 of which are World Championships. Mayssa’s most recent victory came just last week at the Abu Dhabi Grand Slam in Miami, where she earned gold yet again. Mayssa trains under Júlio César at GF Team. 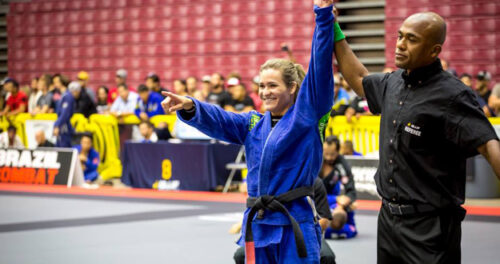 Karen began training Jiu Jitsu at age 23 and earned her way to the top winning 3 IBJJF world titles and 3 additional championships through her colored belts. After receiving her black belt in 2014 under her husband, Mayko Araújo, Karen was the IBJJF World Champion and Pan American Champion in 2018, and the World No-Gi Champion in 2015. Karen is coming into Pans after her title win at Fight 2 Win 152 on September 18, 2020. She is a professor with her husband at their academy, Myako & Karen Academy, in Phoenix, Arizona. 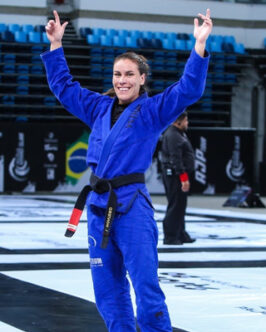 On Friday, October 2, Luiza Monteiro and Nathalie Ribeiro face off on WNO. Will they face each other again at Pan’s next week? Will it be a chance for redemption, or another victory? Either way, these two stars will be worth watching.

Luiza has established herself as a force to be reckoned with, earning numerous medals in multiple weight classes from featherweight up to medium-heavy. Luiza has an impressive list of career achievements since earning her black belt in 2010, including taking 1st place at UAEJJF’s Queen of Mats, 7x IBJJF World Champion, 7x Pan American Champion, 2x European Champion, 6x Brazilian Champion, and World Pro Champion. Most recently, Luiza competed at Third Coast Grappling’s Kumite 7 with three incredibly tough fights. Although she wasn’t able to secure the victory, Luiza fought hard and contributed to showcasing what women’s Jiu Jitsu is all about. Luiza trains at Atos under André and Angelica Galvão. 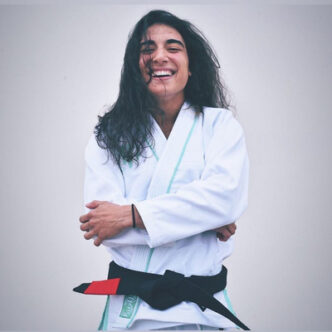 Nathalie Ribeiro also came out strong at last week’s Third Coast Grappling’s Kumite 7 and had arguably the biggest performance of the night with her victory over the current IBJJF medium-heavyweight world champion, Andressa Cintra. With only 2 years as a black belt and 5 first place finishes, Nathalie is continuing to make a name for herself as she prepares to face off Luiza at WNO before seeing each other again at Pans. Nathalie has been training in the US for 5 years and teaches and trains under Lucas Leite of Checkmat La Habra. 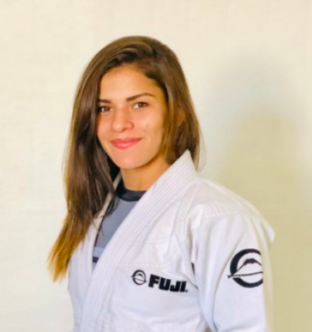 Janaina has earned quite a reputation at both purple and brown belt levels, winning the 2019 IBJJF World Championships and 2019 Pan American Championship as a brown belt. Though only recently earning her black belt in 2019, she is definitely one to keep an eye on this year in the middle weight division. Janaina trains under her husband and Professor Regis Lebre at Gracie Humaita San Diego. 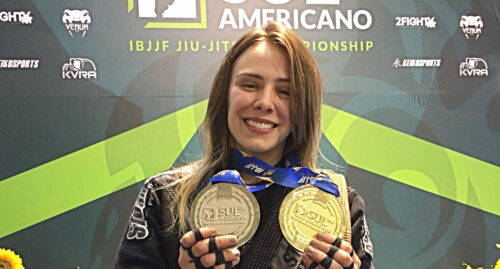 Andressa Cintra received her black belt in 2017 and has been an incredibly tough competitor since earning her first major title, the Brasileiro, only four months after getting her blue belt in 2013. Andressa’s passion and dedication push her to keep improving, and coupled with her strong mindset point directly to her successes thus far. Andressa trains and teaches with her husband, Lucas Valente, at Gracie Barra Texas. 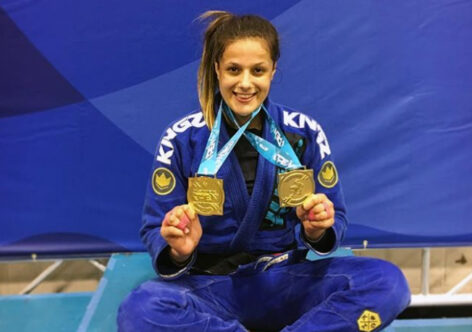 Nathiely has been referred to as the top grappler of her generation, and rightly so. Through her colored belt career, she earned 5 World titles, 1 Abu Dhabi World Pro, 1 Pan American and 3 Brazilian National titles for the PSLPB academy. After receiving her black belt in 2016, Nathiely continued her success with 5 world champion titles (3 in the gi, 2 no-gi) and more than 10 first place finishes at IBJJF, UAEJJF, and American Nationals tournaments. Nathiely trains and owns an academy under Rodrigo Pinheiro in San Antonio, 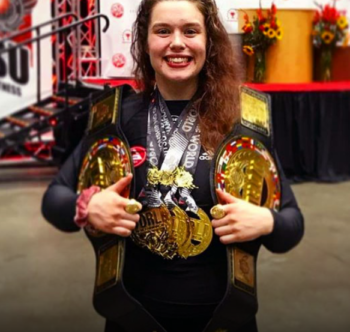 Another top competitor of her generation, Kendall has been training Jiu Jitsu since she was a kid. Before dominating in Jiu Jitsu, Kendall had an incredibly successful career as a freestyle wrestler and was part of Team USA where she competed both nationally and internationally at various levels. Within 6 months of receiving her black belt, Kendall won both her weight and open class at the 2019 IBJJF World No-Gi Championship. Last year, Kendall also won 1st place at the SJJIF World Championship and 2nd place at UAEJJF Grand Slam in LA. Kendall trains under father, Tom Reusing, at Gracie Barra Riverside. 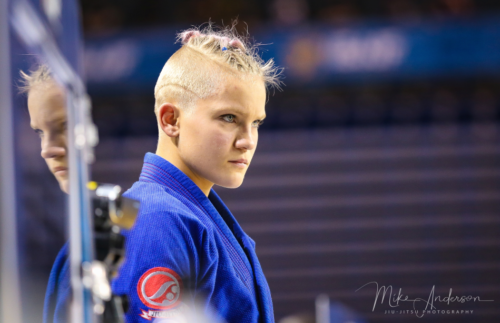 Elisabeth, also known as the black belt killer, first made waves when she won the 2017 ADCC US West Coast trials – as a 16-year-old blue belt. More recently at F2W 143, Elisabeth beat Kendall Reusing, the current IBJJF World No-Gi super-heavy and open weight black belt champion. Elisabeth has a long list of achievements, including being a 3x IBJJF World Champion, 4x IBJJF Pan Champion, undefeated at F2W (4-0), and has numerous other first place finishes in both Gi and No Gi. Elisabeth is currently ranked #1 in the IBJJF No-Gi brown belt division and trains out of Ares Jiu Jitsu in Modesto, CA. 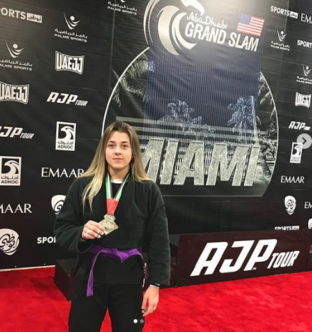 Leticia just won first place in the Abu Dhabi Grand Slam on September 26, 2020, and earlier this month competed at Third Coast’s Grappling Kumite 6 to earn the victory of Teara Lewis. Leticia trains at Alliance in San Diego, CA and is certainly beginning to make a name for herself.

Good luck to all of these amazing women and the many others competing at Pans! Who will you be watching next week?