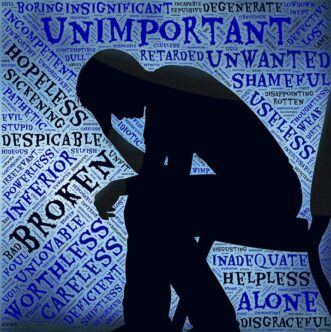 We all have that voice in our head that bullies us. The one that tells us we can’t, or we shouldn’t, or that we’ll never make it and that we’re not good enough.  Or if we decide to take a risk, we’ll be judged.  This is the voice of self-doubt and, as the saying goes, doubt has killed more dreams than failure ever will.  Left unchecked, this harsh voice keeps you stagnant in your comfort zone, both on and off the mats. It pushes your dreams out of reach. Worst of all, it might have you believing its lies.  Are we doomed to a life of doubt?  No!  Here are a few steps to crushing your worst enemy, your own inner critic.

Often, when we aren’t sure of ourselves, we begin to catastrophize.  That is, we begin to imagine all of the worst-case scenarios, no matter how unlikely.  But what if we did the opposite and asked ourselves things like: “What if it all works out perfectly?”  or “What if all my hard work pays off?” or maybe “What if this doesn’t go perfectly, but I learn something in the process?

Trying something new can be scary.  The possibility of failure is high and all of us want to succeed.  Maybe you’re afraid to go for that triangle because it never works and you’re left in a bad position.  The antidote?  Focus on the process, not the outcome.  Just for today, try that thing you’re scared to do.  If you try it, consider it a success and celebrate, no matter the outcome.  Every time you try, consider it a drop in the bucket.  Eventually, those drops will add up and overflow into success.

Don’t Over Think It

Thinking is the enemy and action is the hero.  As with catastrophizing, once we start thinking of the downsides to something, we can almost always justify quitting or procrastinating (which usually means never!). We can combat this with a method I like to call “1-2-3 GO”.   Count to three and take action; do the thing before your brain figures out what’s going on.  Whether it’s signing up for a no gi class for the first time or even just returning to the mats after a long layoff, it’s not easy. Things won’t always go perfectly, but this method has led me down some pretty magnificent roads (including jiu jitsu) and I’m willing to bet it will for you, too.

Our inner critic can be harsh, but its role is truly to protect us, even though it often doesn’t seem like it.  With a little practice using the above tips and understanding that the voice of doubt doesn’t need to be the loudest one in our head, we can begin to move forward to things we had previously only dreamed of doing, and we can show others what’s possible.

Carly Gauthier is a relative newcomer to jiu jitsu, after starting in 2017. She signed up despite knowing nothing about the sport and it was love at first training. Since then, she has earned her blue belt, tried her hand at competing and recently started teaching. Her goal when jiu jitsu returns is to finally learn how triangle choke efficiently. Her proudest moment in BJJ was stepping back on the mats after a serious injury in 2018. Previously she has been a runner and triathlete. In between training sessions, she loves spending time with family, being outdoors, exploring new places and things and training as much as possible. IG: @truthandgrit_

One thought on “Silencing the Mean Voices”