Skip to content
Home » Blog » Returning to Exercise After a Hysterectomy 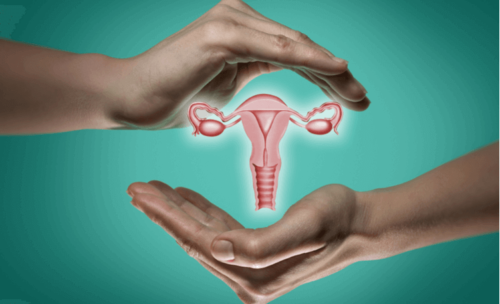 A few months ago, I got a total hysterectomy at the age of 33. It’s a radical procedure, especially for someone my age. However, it’s a fairly common procedure because so many women suffer from chronic reproductive conditions. According to the National Women’s Health Network, about 600,000 hysterectomies are performed each year and nearly 20 million women nationwide have undergone the procedure. So, hysterectomies happen often, for a variety of different reasons including cancer, endometriosis, adenomyosis, and unexplained heavy bleeding.

In my case, my uterus had been causing problems for almost two decades. Every month I was in excruciating pain, I bled to the point of anemia, and I was exhausted all the time. When my endometriosis was at its worst, I couldn’t function.

During the first procedure, the surgeon discovered stage four endometriosis. Though the first surgery helped a lot, it was only a few years before my symptoms got debilitating again. When we planned my next surgery, my doctor and I decided it was time for the uterus to go. Though it was a tough decision, it was the right one for me.

I’m about 3 months post-op and my life has radically changed. I’m not in pain and exhausted all the time. I have the energy to work, play with my son, and even work out.

I haven’t returned to BJJ  yet, but I have gone back to teaching yoga, training Muay Thai, lifting, and running. Here’s what I did to get back to the grind after surgery.

I’ve never been good at resting. I never rested enough to rehab injuries and I returned to the mat when I still had the sniffles, which is unimaginable these days. After surgery, I had no choice. Luckily, I wasn’t in a lot of pain, but I was in enough pain to encourage me to lay down.

I spent about a week after my surgery lounging around the house, not being responsible for much of anything. I caught up on all the shows I’d missed. I read some books. I relaxed, which allowed me to recover faster than if I was pushing myself.

Walking is the only exception to the rest rule in the first few weeks of recovery. According to Verywell Health, walking after surgery helps prevent blood clots. It can also help relieve constipation, which is a common side effect of a hysterectomy.

My doctor told me to walk for a few minutes every hour and to go on one ten minute walk each day. I was allowed to increase the time by a few minutes each day, as long as I felt okay, until I built up to a 20 minute walk.

My recovery was very easy and quick, which isn’t the case for everyone. The best way to know how much walking you can do is to listen to your body. Any increase in pain or bleeding means you need to slow down. Checking in with your doctor is always the right choice as well, which leads me to…

I Listened to my Doctor

I don’t like following directions, especially when they don’t align with what I want to be doing. However, I listened hardcore to my doctor after my hysterectomy. Pretty much all she had to do to ensure this was tell me the risks — intestinal prolapse, rectal prolapse, bladder prolapse, ripping my internal stitches, which would require a second surgery to repair.

All of that sounded way worse than resting or following directions, so I listened. I didn’t do any exercise until after my doctor cleared me at my two week appointment. When she said I could do gentle yoga, I didn’t push it. I didn’t sneak in any strength training or extra cardio. I did gentle yoga.

I continued that until my six week appointment, when she cleared me for regular exercise. She told me to start slow and firmly reminded me of the consequences of doing too much too fast.  I followed every direction she gave me and asked for clarifications when I needed them. And I asked for extra help.

I Worked With a Personal Trainer

I started working with a personal trainer about a year ago. Doing so has completely changed my relationship to exercise. Having an established relationship with my trainer after my surgery made returning to movement super easy. She designed a strength program that specifically focused on easing me back into movement. She tailored all the movements to protect my core and my pelvic floor, which were still recovering. She also encouraged me to take some weight off the barbell for a bit, reminding me that the form and control mattered more than the weight.

Nothing about my return to exercise was left up to me, which is exactly how I needed it to be. I didn’t have to figure it out, and because I was following a specialized plan; I didn’t feel the urge to push myself by doing more.

Now, I’m comfortably teaching yoga three times a week, doing Muay Thai twice a week, running once a week, and lifting two to three times a week. I haven’t had any injuries or any significant pain, and I can feel myself getting stronger with each workout. Just a few months after major surgery, I feel better than ever.

2 thoughts on “Returning to Exercise After a Hysterectomy”