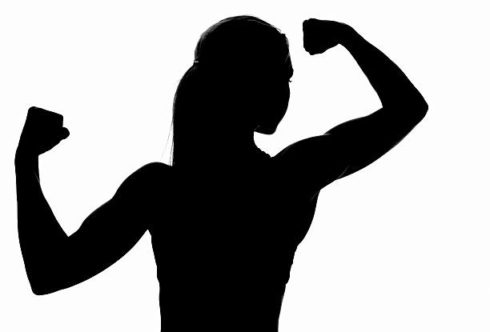 Only a small percentage of people understand what it is we do, this sport called Jiu Jitsu. Very few get it for what it really is; many others portray it as violent or find it invasive. I’ll admit it I too saw it this way, but now it is one of my greatest passions in life.

I want you to imagine that you are just 15 years old. You’re out with 4 guys that you know and trust. It’s just a night out bowling, having innocent fun. You never feel for a moment you are in an unsafe situation. Now what if they turn on you? You think they are being perfect gentlemen by opening the van door and having you get in first, but as you step in, they push you down from behind. They hold you down and violently attack and sexually assault you.  You fight as hard as you can, but it’s not enough. You’re outnumbered and out powered.

This is something that haunts you as much as you pray to forget, but you remember every single detail from that night. The events that took place change you forever and influence all the choices you’ve made throughout life.

Years down the road you walked into a martial arts academy for a fitness class but the schedule changed and it was actually a Jiu Jitsu class starting. You’re ready to walk right back out but they encourage you to stay. They convince you to just stay and try it one time, if you don’t like it you don’t have to come back. So you stay even though you have no desire to be there, knowing you will hate every moment of it. The instructor takes you aside to go through some basic movements. While walking you through an arm bar, he tells you that even with as small as you are, you have enough strength in your hips to break a grown man’s arm. Something clicks and you realize you didn’t end up there on accident but that God had placed you in that very place at that very moment for a reason.

What if I said that’s what happened to me? That this is my story… I won’t say it was easy or I was never uncomfortable. Believe me, there were many moments I wasn’t sure I could do it. Going back, day after day, was by far one of the hardest things I’ve ever done. Let’s face it, all of my training partners were men who were twice my size. Once again, I placed myself in an environment where I was outnumbered and out-powered. However, I was beginning to see things differently.  Previously, I viewed jiu jitsu as a violent sport of people being ‘tangled up and smashed’, but then I saw that it was really this never-ending chess match. There was a counter for everything. My small stature became irrelevant. With angle and leverage there was always an option, a way to improve the position I was in… a way to get out and get away!

The hardest positions were not just the ones I struggled with technically, but the ones I struggled with mentally. Many positions and situations triggered flashbacks and uncontrollable emotions. Countless times it was only by the grace of God I made it through class still composed. The gym bathroom became my hideaway, a momentary safe place. Almost daily, as soon as my feet hit the pavement outside the gym doors, tears were rolling down my cheeks. I would go straight into my husband’s arms as soon as I got home. He would embrace me as I cried. He knew for me there was no giving up; I knew if I gave up that would mean ‘they’ won again.

I pushed through, kept trying, kept learning, and growing. While in positions that were my worst nightmare, I learned not to panic. I was developing the capability to stay calm and use the knowledge I’d gained this far to get out or reverse the situation. I started competing to test that under stress, anxiety, adrenaline and the unknown my body would react and not freeze. During training I was laughing and having fun, my teammates were quickly becoming my extended family. The flashbacks started tapering down. I wasn’t leaving class with tears day after day, I was leaving smiling and exhilarated, carrying a new kind of confidence.

I went back for self-defense and somewhere through the battles and victories, I fell in love with the sport and began healing old wounds. Jiu Jitsu is so much more than meets the eye. We all have our reasons for starting and for staying, each reason unique and beautiful in its own way. I know now that Jiu Jitsu is truly a gift in my life. I made a conscious choice to take something bad that happened to me and change how the story ends. My goal is to keep growing and learning as much as I can, inspire other women to find their true strength and embrace every moment of the journey.

Lindsey, is a Girls in Gis Nevada Ambassador, wife and mother of 3. A Brazilian Jiu jitsu brown belt under Jason Swanson at Charles Gracie Sparks she started training and competing in late 2013. Though she is an avid competitor her passion goes far beyond the competition mats. She is an extremely passionate and active advocate for women’s jiu jitsu and has found the greatest fulfillment from coaching and giving back to the community. She is the head women’s and kids jiu jitsu coach at UFC gym Reno, personal trainer and nutrition coach. If she’s not in the gym coaching or training you’ll find her out running the trails or home baking!

One thought on “Finding Strength in Trauma”